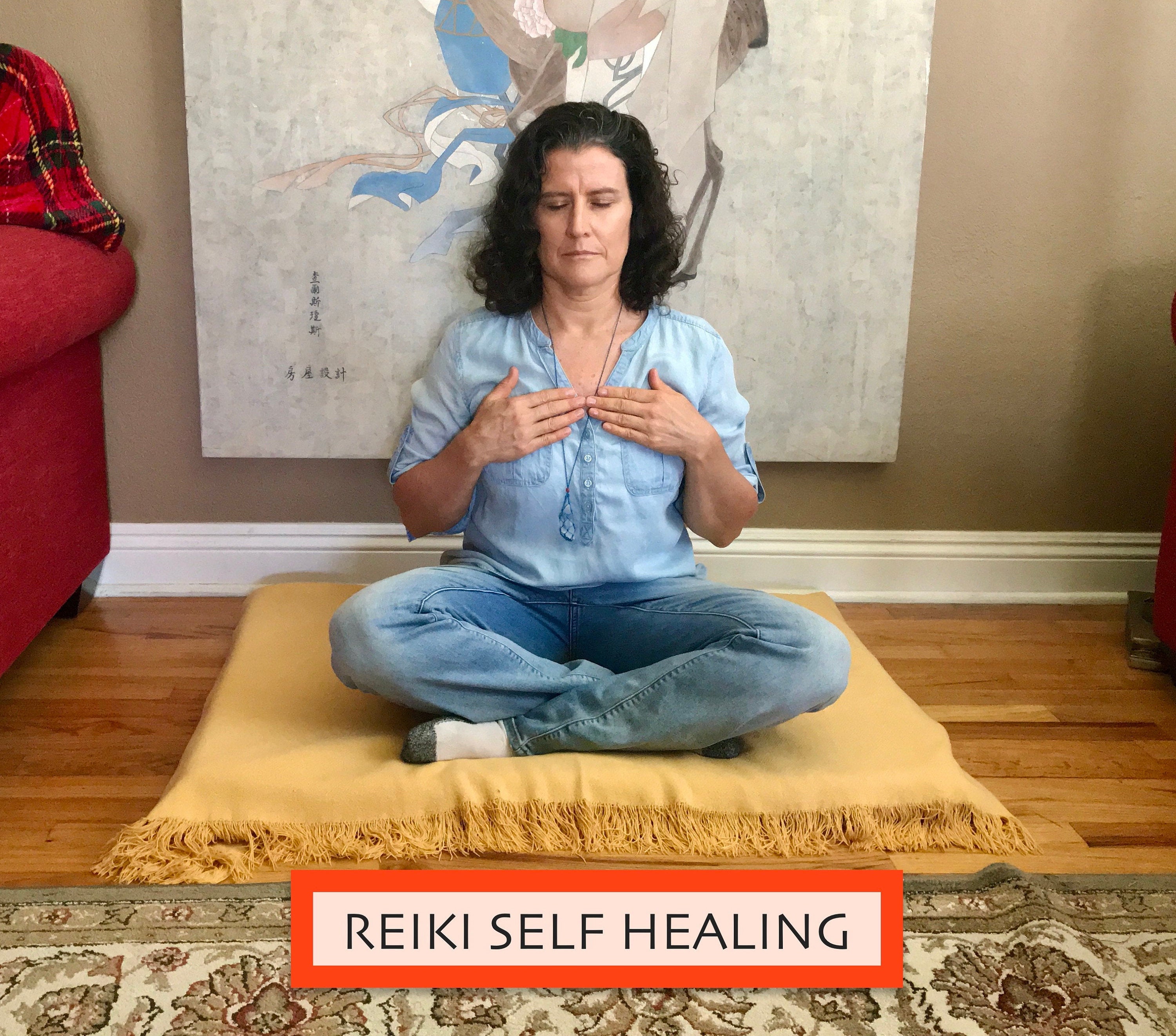 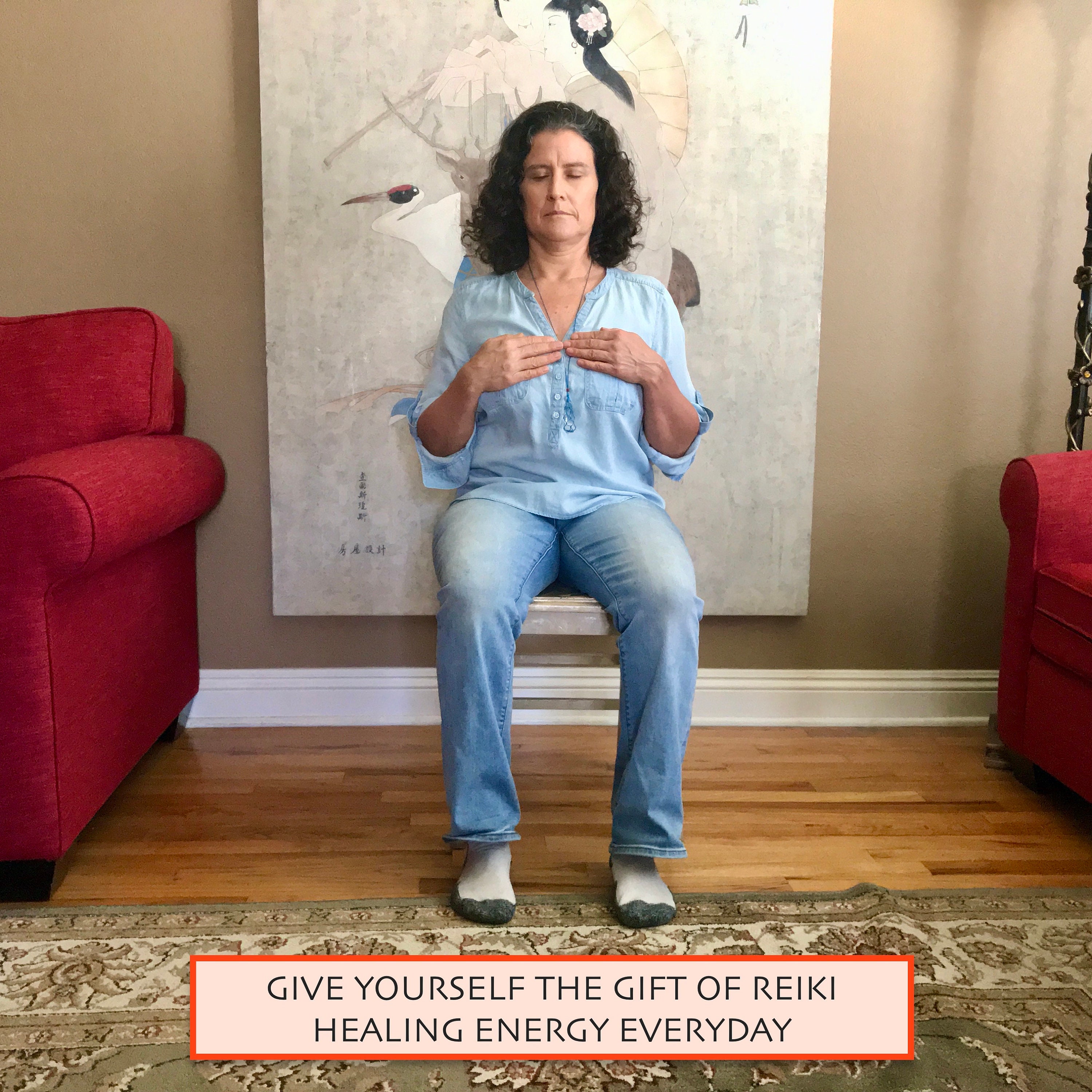 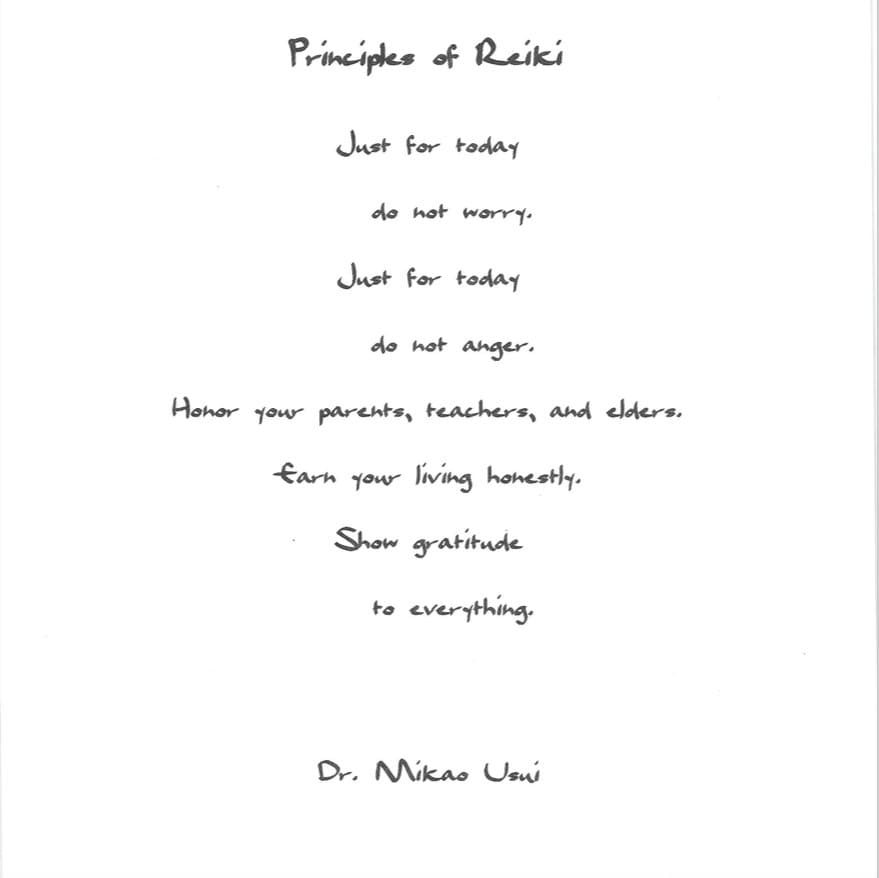 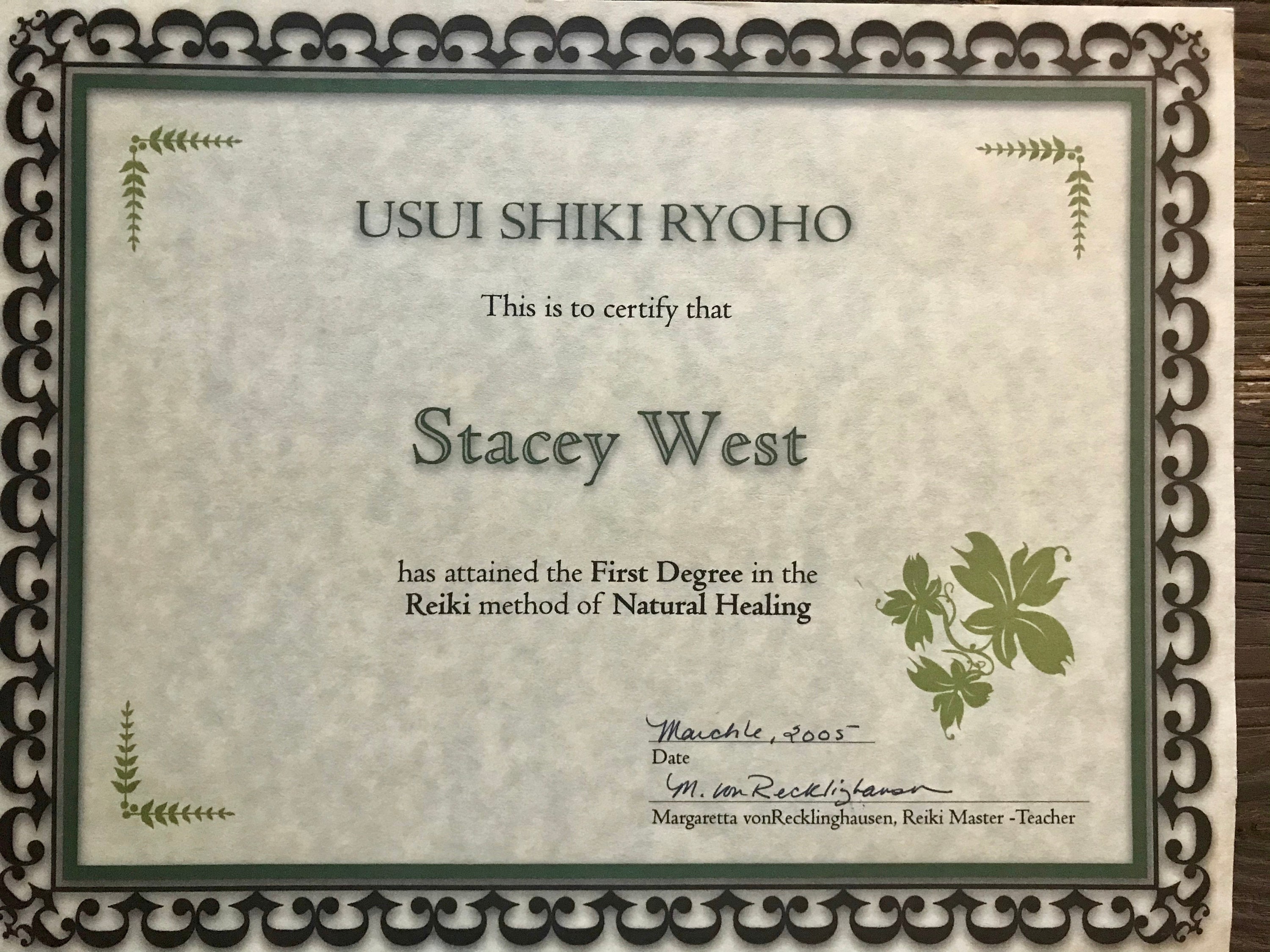 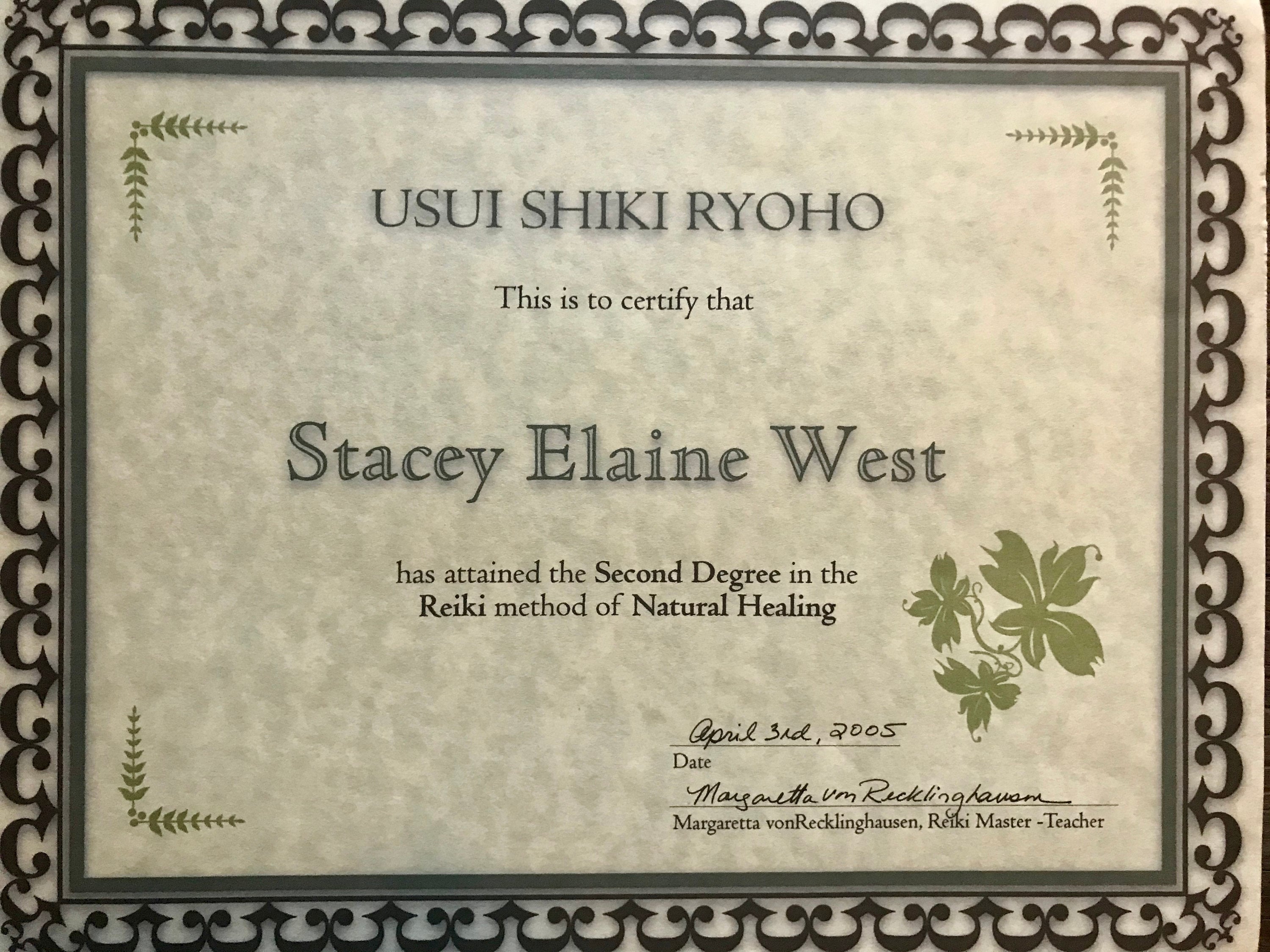 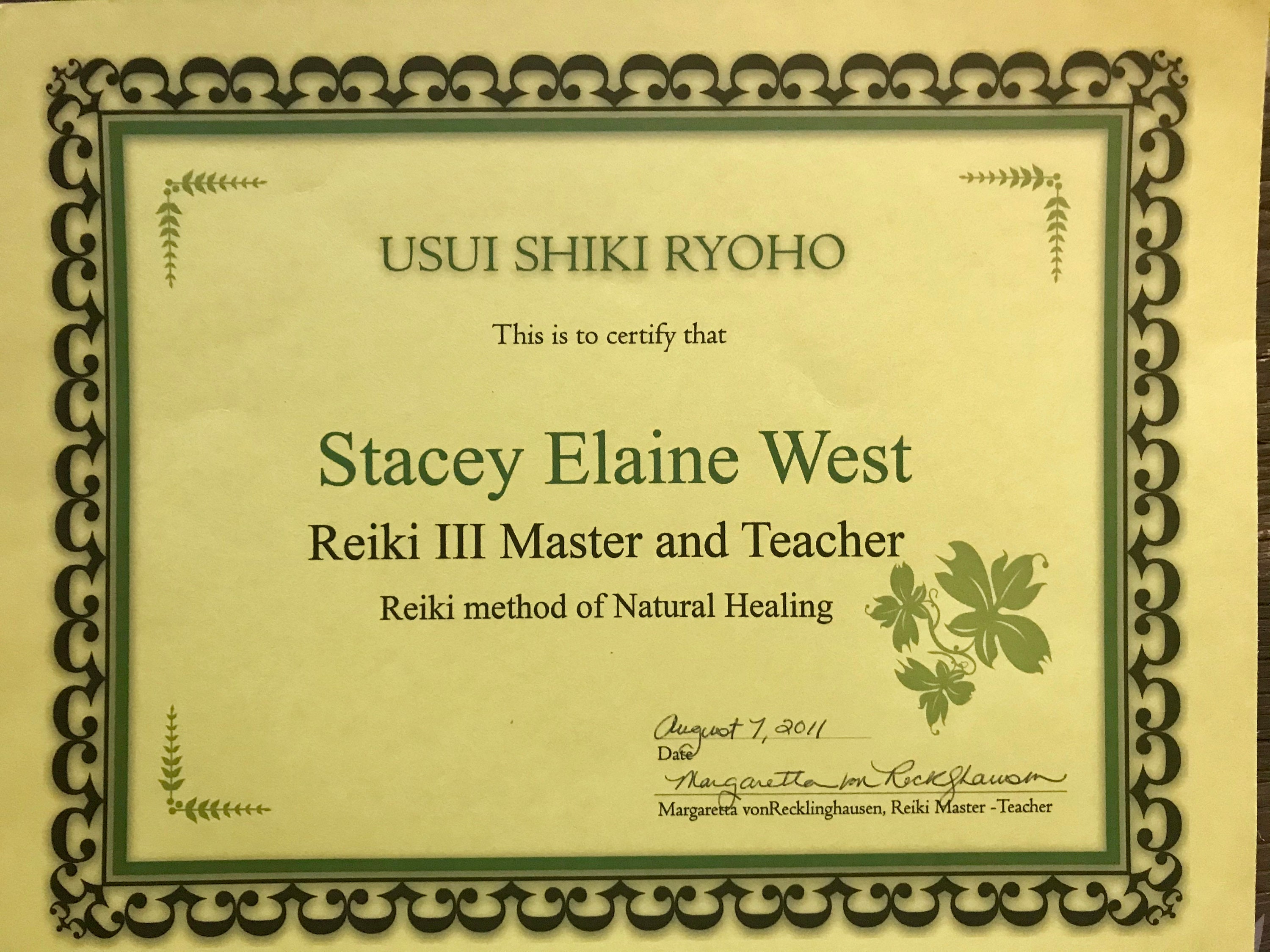 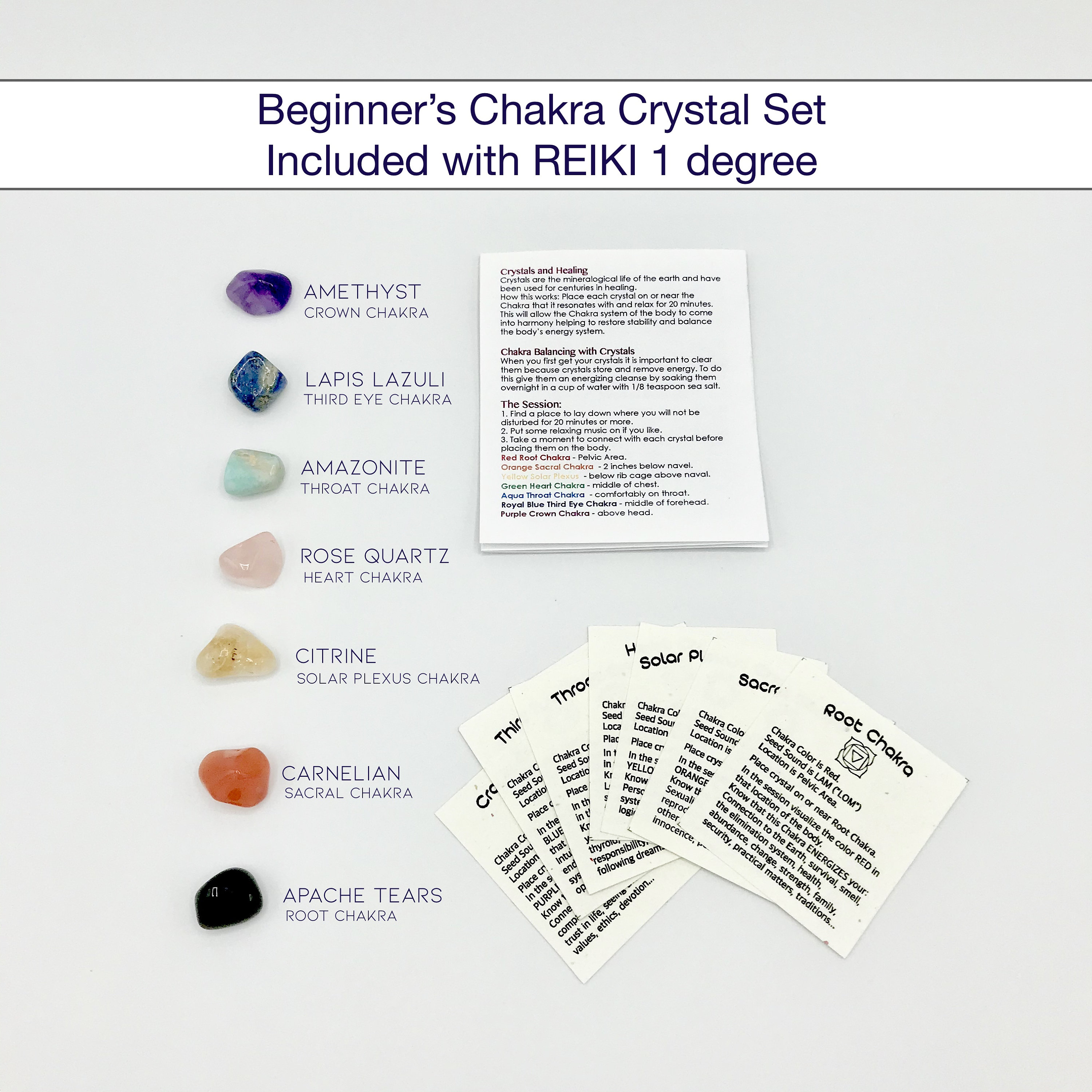 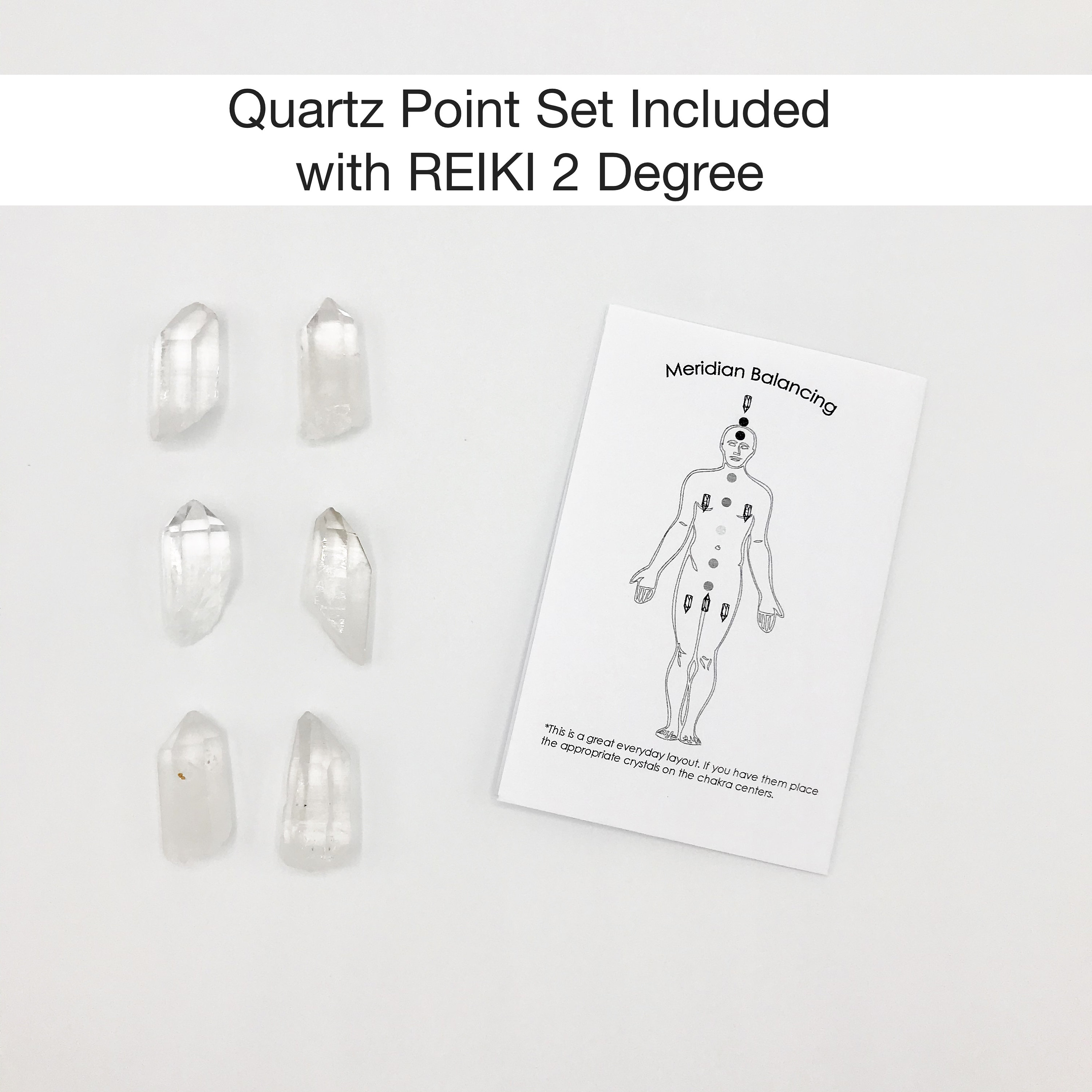 My name is Stacey West Rutter and I am a Reiki Master Teacher. What that means is that I can attune you to the Reiki healing energy so you can do healing for yourself and others including pets. Reiki works on the energetic level of the body to bring about harmony and healing to your physical, emotional, and spiritual being.

REI- is the Japanese word which means Cosmic or "universal" and is also a reference to the higher dimension of light and soul.

KI- is the Japanese word which means vital life force energy which interpenetrates and connects everyone and everything.
​
To receive the gift of Reiki you must be Attuned by a Reiki Master either in person or through a Distant Attunement.

HOW A DISTANT HEALING SESSION WORKS
With your permission Stacey will connect with your energy body to perform the Reiki Healing Treatment. Your physical body need not be present because it is your energy body that receives it and there is no limitation in the field of energy that we share and live in.

After the attunement you will receive the Reiki Natural Method of Healing Manual so you can learn to work with the Reiki healing energy right away.


REIKI SELF HEALING BENEFITS:
- Experience a deeper connection with yourself, others, nature, and your Higher Power.

- Gain insight into your life.

Reiki healing is not a replacement for mental, medical, or physical care. but is a complementary healing modality. It is totally safe and non-invasive.


REIKI ATTUNEMENTS
REIKI 1
You will learn how to do Reiki for Self Healing and Healing for others, including animals, plants, etc.

You will receive:
1) The 1st Degree Distant Attunement
2) Reiki Instruction Manual- How to perform a full body session. How to give your pets a Reiki treatment along with plants. Includes Illustrations of the hand positions. Information about Reiki along with its history.
3) Personalized Reiki 1st Degree Certificate
4) A set of Chakra Crystals to work with in your healing sessions.

REIKI 2
Keep in mind that in order to receive REIKI 2 you will need to have completed REIKI 1.
You will learn how to send a Reiki treatment at a Distance, how to use a Power Symbol to increase the Reiki energy for physical healing, and how to use another symbol for emotional healing.

You will receive:
1) The 2nd Degree Distant Attunement
2) Reiki Instruction Manual- This manual will show you how to use the Reiki symbols for power healing, emotional healing and distance healing.
3) Personalized Reiki 2nd Degree Certificate
4) A Quartz Point Crystal set to work with in your healing sessions.

HOW THIS WORKS
1. If you are new to Reiki you will be ordering Reiki 1.
*Be sure to leave the name you would like on the certificate in the NOTES section at CHECKOUT.

2. After you purchase Reiki 1 the Stacey will connect with you at a distance to perform the Reiki Attunement. You wont need to do anything. Remember it is your energy body that receives the Attunement.

4. You will be ready to start using the Reiki Energy as soon as you go over the Reiki Manual.

If you are ready to experience something truly extra ordinary in your life, Reiki is a wonderful place to start.

Feel free to reach out if you have any questions: chakragoods [!at] gmail.com.

The Origin of Reiki

Throughout its long history, the knowledge of what in modern times is called “Reiki” has been passed down from teacher to student by word of mouth. The origins of Reiki can found in ancient Tibet many thousands of years ago. Reiki is believed to be six thousand years old.

It appears the knowledge of tapping into the universal life force energy eventually travelled from Tibet into India. From India, it was dispersed in many forms into the West through Egypt, Greece and Rome; in the East this knowledge was taken into China and Japan and put into many other forms. The ancient mystery schools guarded and protected this inner knowledge. Access to this knowledge was limited to the specially selected or the elite, and to privileged classes. Modern scholars often come upon this inner knowledge but misinterpret it because it is veiled in obscure, cryptic language and hidden symbols designed to give double meaning.

In approximately the mid nineteenth century, Dr. Mikao Usui rediscovered, in ancient texts, the keys that act as catalysts for releasing the Reiki natural energy. The essence of Dr. Usui’s story is that of a person searching for contact with inner truth and enlightenment. The story of Dr. Usui’s search for this secret knowledge has been told by Grand Master Hawayo Takata along the following lines:

Dr. Usui was the principle of a Christian seminary in Kyoto, Japan. One day some of his older pupils asked him why they had heard nothing of the healing methods used by Jesus Christ and whether Dr. Usui would be able to teach them such healing methods. Since he was unable to answer these questions, Dr. Usui decided to leave his position and go to America, hoping to find the knowledge he was lacking.
In America, he attended the University of Chicago and became a doctor of Theology. However, he could not find satisfactory answer in Christian writings and, not having found one in Chinese scripts either, he travelled to North India where he was able to study the Holy writings. Dr. Usui had command of Japanese, Chinese, English, and Sanskrit.
He later returned to Japan, where he discovered some Sanskrit formulas and symbols in old Buddhist sutras which seemed to be the answer to his questions. At the time he was living in a monastery in Kyoto and, after he had spoken to the Abbott, he set off to the Holy Mountain of Kuriyama, which lay 16 miles away. Here he intended to fast and meditate in solitude for 21 days in the hope of gaining contact with the level of consciousness the Sanskrit symbols had written about and in order to determine the truth of their contents.
Upon his arrival at the mountain he placed 21 stones in front of him and removed one at the close of each day. During this time he read the sutras, sang and meditated. Nothing unusual happened until the dawn of the last day. It was very dark when he saw a shining light moving toward him with great speed. It became bigger and bigger and finally hit him in the middle of the forehead. Dr. Usui thought he was going to die when he suddenly saw millions of little bubbles in blue, lilac, pink, and all colors of the rainbow. A great white lights appeared and he saw the well known Sanskrit symbols in front of him, glowing in shining gold and he said “Yes I remember.”
This was the birth of the Usui system of Reiki. When he returned to a normal state of consciousness, the sun was standing high in the sky. He felt full of strength and energy and began to climb down the mountain. In his rush, however, he stubbed his toe. He held it in his hands for a few minutes; the bleeding stopped and the pain disappeared. This was the first miracle.
Since he was hungry, he stopped at an inn at the wayside and ordered a large Japanese breakfast. The innkeeper warned him not to eat such a large breakfast after fasting so long, but Dr. Usui was able to eat it all without the least bit of consequence. This was the second miracle.
The granddaughter of the innkeeper had a bad toothache from which she had been suffering for several days. Dr. Usui laid his hands on her swollen face and she immediately felt better. She ran to her grandfather and told him that their guest was no ordinary monk. This healing was the third miracle of the day.

Dr. Usui returned to his monastery but decided after a few days to goto Beggar City in the slums of Kyoto to treat beggars and help them lead a better life. He spent seven years there, treating many illnesses.
He noticed however, that the same old faces kept returning. When he asked why they had not begun a new life he was told that working was too troublesome and that it was easier to go on begging.
So he soon left the slums and returned to Kyoto, where he kindled a large torch and stood in the streets. Asked the reason why by passers-by, he told them he was looking for people in search of the true light, people who were ill and oppressed and who were longing to be healed. This was the beginning of a new part of his life which he spent traveling and teaching Reiki.

Dr Usui is now buried in a Kyoto temple, with the story of his life written on his gravestone. It is said that his grave was honored by the Emperor of Japan.
One of Dr. Usui’s closest collaborators, Dr. Chujiro Hayashi, took his place, becoming the second Reiki Grand Master in the line of the tradition. He ran a private Reiki clinic in Tokyo until 1940, where unusually severe cases could be treated, with Reiki being applied “around the clock” for especially severe illnesses. The effects of World War II and his death on May 10, 1941 put an end to his work.
Hawayo Takata became Dr. Hayashi’s successor. She was a widow with two small children and at the end of physical and spiritual strength when her path led her to Reiki in 1935. She had been suffering from several severe illnesses when an inner voice told here to leave Hawaii and go to Japan to seek healing.
Having arrived in Japan, she was lying on the operating table about to undergo an operation when the voice spoke to her again, telling her that the operation was unnecessary. She asked her doctor about other methods of treatment and he advised her to go to Dr. Hayashi’s Reiki Clinic. Once there, she received Reiki daily by two practitioners and, after about four months, she had won back her health completely.
Mrs. Takata became a pupil of Dr Hayashi for a year and then returned to Hawaii. She was made a Reiki Master by Dr. Hayashi when he visited Hawaii in 1938. Upon his death she succeeded him as Grand Master. She lived and healed people in Hawaii for many years. She first began to train Reiki Masters herself when she was in her seventies. On December 11, 1980, Mrs Takata died leaving 22 Reiki Masters in the United States and Canada.

I'll do my best to meet these shipping estimates, but can't guarantee them. Actual delivery time will depend on the shipping method you choose.

Ship items back to me within: 30 days of delivery

Request a cancellation within: 3 hours of purchase

But please contact me if you have any problems with your order.

Questions about your order?

Please contact me if you have any problems with your order.

0 items in your cart